At the Austria Comic Con the Think Big Studios celebrate the premiere of their latest work “HARLEY QUINN – BLAZING SHADOWS”. Saturday and Sunday the film will be shown on the big screen of the main stage. The director and film producer Thomas Bernecker and also the leading actress of the Harley Quinn, ShiSha Rainbow, will be present in person and give you a look behind the scenes of the film production.

After the screening Thomas Bernecker (director & producer), ShiSha Rainbow (Harley Quinn) and Bardo Böhlefeld (Joker) will be available for a meet & greet at the Think Big Studios booth for a few hours. There you can take pictures, get autographs or ask questions personally.

“HARLEY QUINN – BLAZING SHADOWS” is a cinematic short about the dynamic Harley, which has finished long ago with her great love, the Joker. At least that’s what she thinks. Having arrived in her new, everyday life and married to Ivy, she quickly gets bored and old demons haunt her. She meets Kitsune, who introduces himself as the “MASTER OF FEAR”. He pokes around in old wonders and questions her whole life. Harley quickly loses herself in the pain and is faced with a brutal choice. Who should she leave alive: Ivy or Joker?

In addition to the film premiere of “HARLEY QUINN – BLAZING SHADOWS” we will show the fan film “LION’S RETURN – AN OVERWATCH CINEMATIC SHORT”. This film caused a lot of international attention, won several prizes and was shown at festivals and conventions worldwide.

“LION’S RETURN – AN OVERWATCH CINEMATIC SHORT” is a live-action fanfilm about Tracer and Soldier76 who make it their mission to get the unbreakable shield of the Overwatch back. In Eichenwalde they meet the broken and withdrawn Reinhardt. But also Widowmaker and Reaper are aware of their plan and are on their way to bring down the indestructible tank of the Overwatch for good. Meanwhile, Reinhardt struggles with the grudge he built up against Soldier76 when the Overwatch disintegrated. The situation is getting worse. Will they make it or will the heroes finally fall down while trying to reunite? 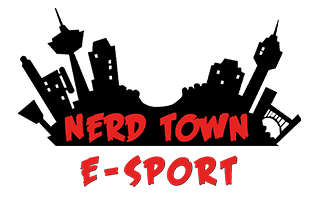