At the Comic Con Austria, numerous national and international artists, illustrators and artists present their works.
Both professionals and independent artists are going to show you what they’ve got during the live drawing.

From 2005 he published illustrated children’s books by various authors. In 2008 he published The Green Jaguar, the first part of the adventure series Damien and Alexander. The second part, Jungle Love, followed in 2013.

Of particular note is his graphic novel adaptation of the literary classic The War of the Worlds by H.G. Wells, published by Carlsen Verlag and 20,000 Leagues Under the Sea by Jules Verne. In 2017 he received the Rudolf Dirks Award for best literary adaptation for War of the Worlds.

Tom Grindberg is a British comic artist and began working full-time in this branche in the mid-1980s. He made his first works for the US publisher DC Comics and for the written publisher Fleetway.

Further work for DC followed on series such as Action Comics, Adventures of Superman, Aquaman, Azrael, Batman, Captain Atom, Checkmate and Detective Comics
There were also some special projects like the one-shot Green Lantern Secret Files #1 and Supergirl/Pryson: Double Shot.

The list of writers that Grindberg has worked with over the course of his career includes just about everything that is well known in the comics sector.

Dave Lung is a veteran in the independent comic scene, having freelanced for several of the biggest companies in the industry and has worked with some of the most talented artists in comics today. He is most known for his inking work on Batman, Silver Surfer, and the Dark Reign saga. Dave is a multi-talented artist who splits his time between inking and Cover Art. He is currently concentrating on variant covers for Marvel, DC Comics and other various publishers. 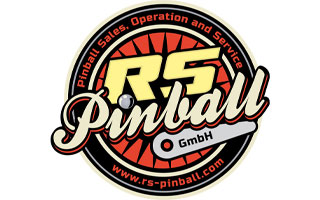